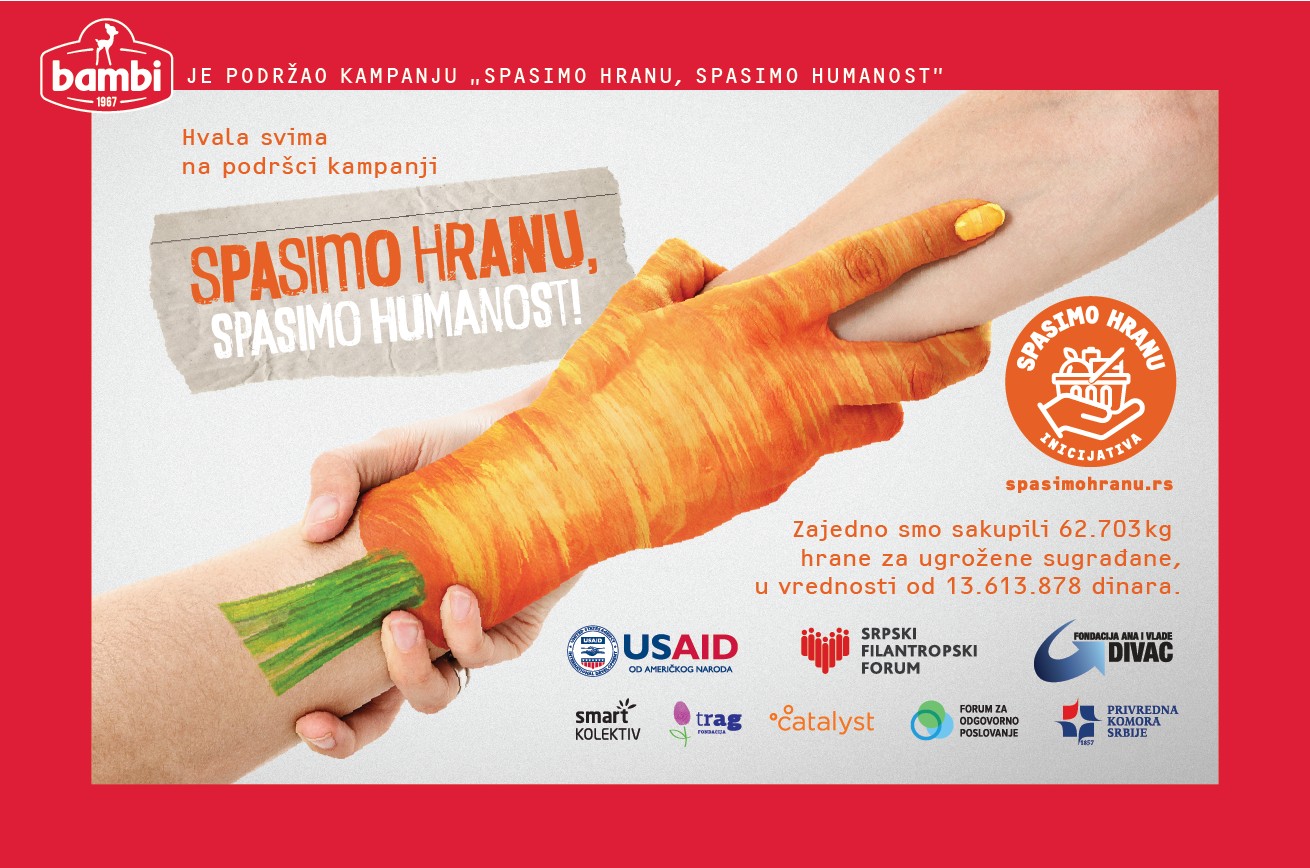 Belgrade, November 21, 2022 – In Serbia, around 446 thousand people live on the edge of absolute poverty and directly depend on food donations, whereas 2 million kilogrammes of food is wasted. Based on these facts, the campaign of increasing food donations dubbed “Let’s save food, let’s save humanity” was launched in 2021, with Bambi having donated more than 11 tonnes of products to the most vulnerable individuals across the country since the start of this initiative.

Raising awareness about the need to increase donations and resolve the food waste issue is aimed at mitigating one of the major issues of today – poverty, as well as at promoting environmental protection by reducing waste resulting from excessive food waste and necessary incineration of food with a short expiration date.

“In the year of celebrating our 55th anniversary of operation, we have helped the most socially vulnerable individuals through donations to the Food Banks Belgrade, Vojvodina and Nis, within the “Let’s save food, let’s save humanity” campaign, implemented by the Coalition for Giving, led by the Ana and Vlade Divac Foundation. In addition to donating our products, we have also provided media space, in order to add support to the campaign and to raise public awareness regarding the issue of excessive food waste in the most effective manner“, said Ivan Jovanović, Corporate Communications Manager in Bambi.

For the second year in a row, Bambi has won recognition from the Serbian Philanthropic Forum and the Coalition for Giving, for its contribution to the “Let’s save food, let’s save humanity” campaign, granted on the National Day of Giving, October 09.

Željko Mitkovski from the Ana and Vlade Divac Foundation noted that more than 112 tonnes of food were collected in two cycles of the campaign, with Bambi accounting for up to 10 percent of the total volume. “The Coalition for Giving would like to thank Bambi for continuous food donations and for joining the “Let’s save food, let’s save humanity” campaign this year again, thus helping the most vulnerable across the country and promoting solidarity and social responsibility. We invite other companies as well to join the campaign by the end of November and donate food or funds for purchasing food packages at www.spasimohranu.rs,” said Željko Mitkovski.

Together with the campaign partners, the company points to the issue of excessive food waste, the improvement of laws and regulations in favor of more donations, as well as to an insufficient volume of food donations in Serbia. 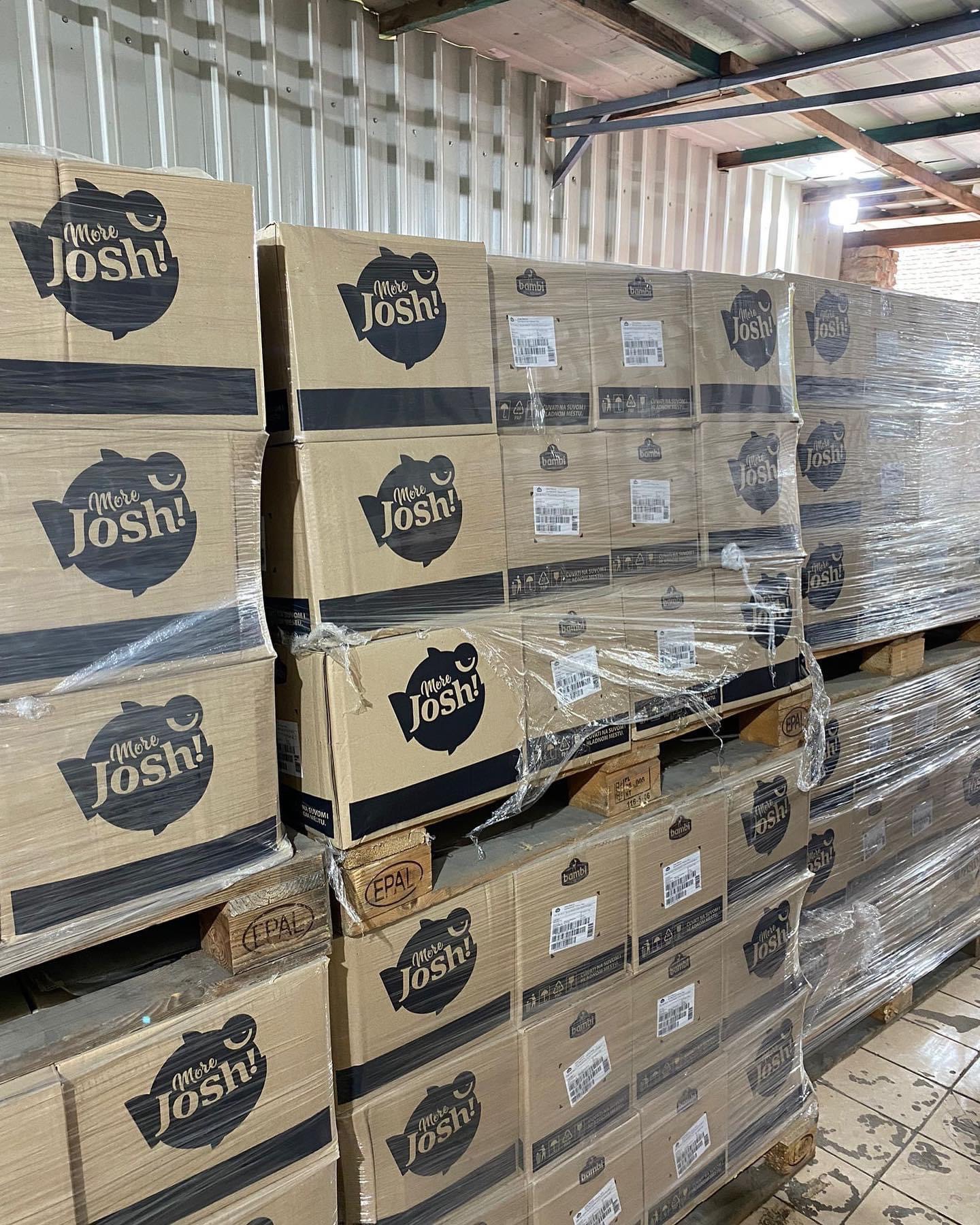 Responsibly for 2022. The City of Požarevac and Bambi launched the project of reconstructing “BAMBI PARK” 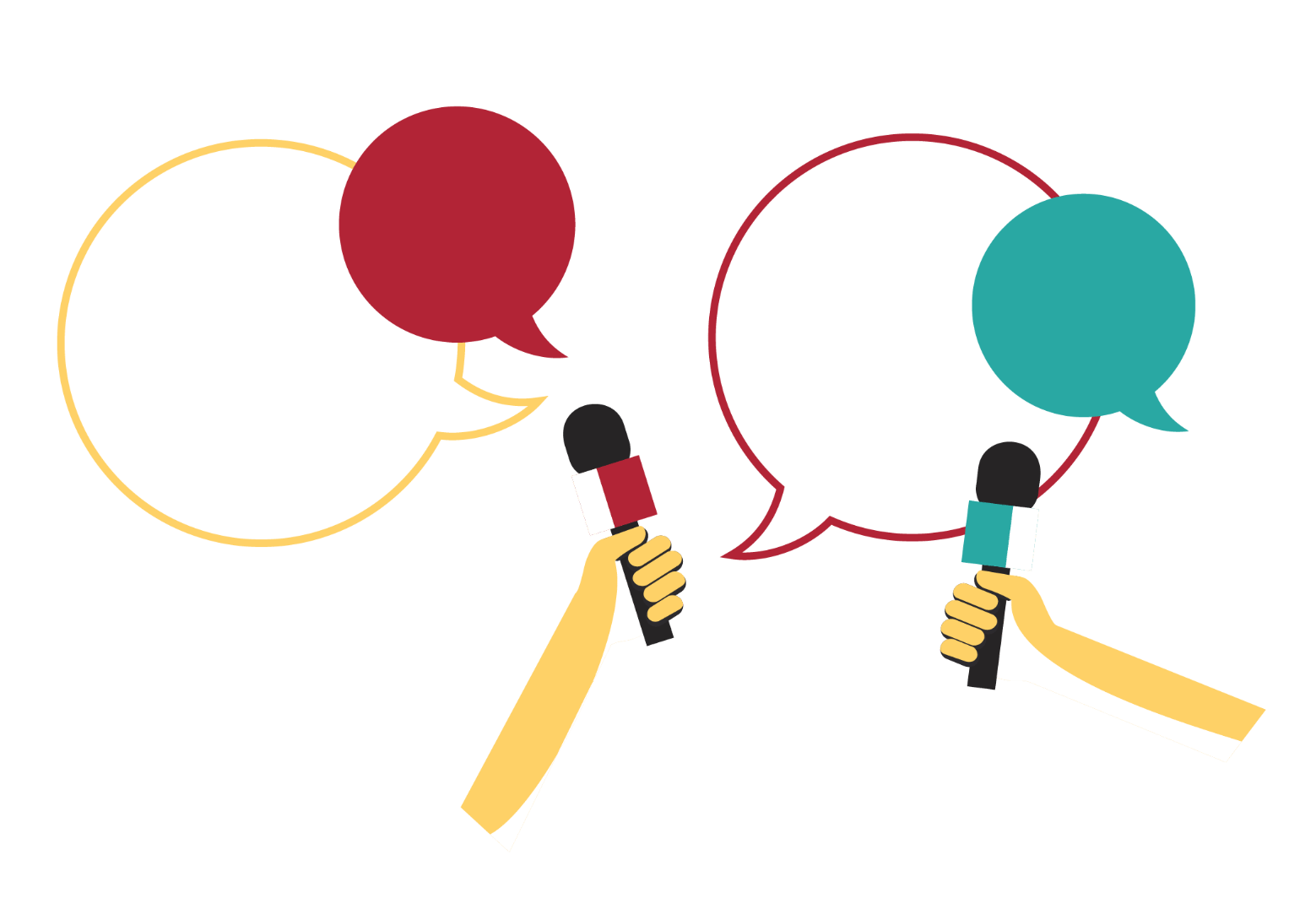 When you visit any website, it may store or retrieve information on your browser, mostly in the form of cookies. This information might be about you, your preferences or your device and is mostly used to make the site work as you expect it to. The information does not usually directly identify you, but it can give you a more personalized web experience. Because we respect your right to privacy, you can choose not to allow cookies. However, blocking may impact your experience of the site and the services we are able to offer.
Reject all Allow all
Manage consent

This website uses cookies to improve your experience while you navigate through the website. Out of these, the cookies that are categorized as necessary are stored on your browser as they are essential for the working of basic functionalities of the website. We also use third-party cookies that help us analyze and understand how you use this website. These cookies will be stored in your browser only with your consent. You also have the option to opt-out of these cookies. But opting out of some of these cookies may affect your browsing experience.
SAVE & ACCEPT